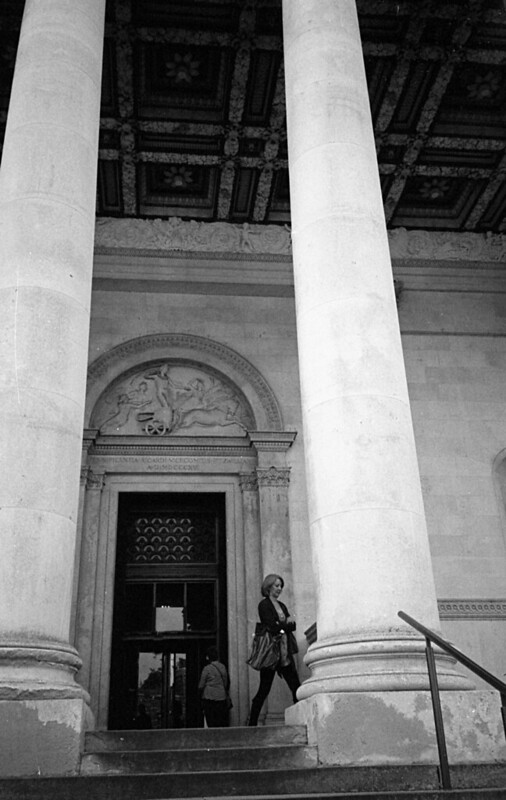 This post was inspired by Les.  He said that a lot of Flickr photographers don’t post a photo of a dog, unless it’s a work of art, but dogs are very much a part of many of our life’s (not a quote).

I’ve noticed on a few photography forums, that the majority of film photographers, just like digital photographers, do concentrate on quality.  Quality in terms of sharpness, exposure, depth, colour, focus, grain/noise, as well as composition.  Except for composition, most of these attributes are of technical origin.  That is good.  However, this can develop into the obsession held in modern digital photography, for technical perfection.  More megapixels, more sharpness, etc.

As photography enthusiasts, should we always obey the rules of technical perfection?  I’d argue, no.  As Les suggested, it could be more fundamental to photography, that we photograph life and our environment as we see it.  A record rather than a work of art.  That does not always mean a sharp perfect image – we don’t really see the world like that.  Our brains use our biological eyes like third rate scanners.  Much of what we think we see, has been filled in by the brain.  But we see signs, smiles, danger, sex, and … dogs (edit.  I nearly said and rock n’ roll).

In film, we are the alternative.  We have the opportunity to capture what is important, rather than to burst mode thousands of bytes of robot controlled perfection.