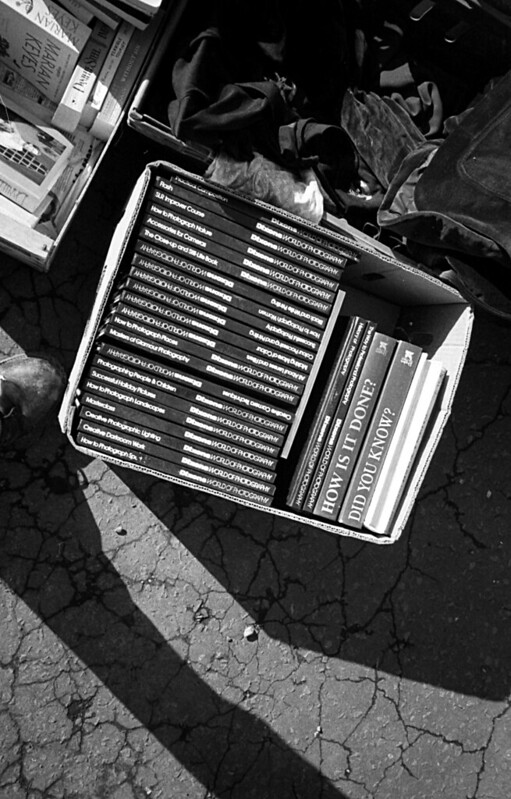 Online photography forums can be hazardous places.  Although you can find great advice and support there, you’ll also witness plenty of disagreements.  Indeed, those threads are usually the fattest, as different posters rip into each other over such merits as “is photography art?”.

I’m not that a good forumite, indeed, I’m a bit off them much of the time.  However, I think that I’ve observed a common root to many of the disagreements.  It’s simple.  There are many types of photography and photographer.  None are better or worse, however, their equipment, aspirations, and techniques are very dissimilar.  A nature photographer will be able to benefit from the longest and fastest of lenses for their bird shots, or incredibly expensive macro set ups for their micro-life.  A sports photographer will benefit from not only fast lenses, but from the latest cutting edge digital sensor with it’s low light performance – as would the concert or gig photographer.  The street photographer needs a small, un-threatening camera.  They might even be happy to use film for a medium.  The professional wedding photographer – well, they’ll need quite different gear.

The problem is that what is best for one type of photographer is not best for the next.  That’s where the arguments start, when they fail to appreciate that simple reality.

For myself.  I have little value of sharpness.  I don’t need the latest cutting edge gear.  I don’t need technical perfection.  My photographs are not (at least in my eyes) less valuable for lacking sharpness and detail in perfect exposure.  What suits my aspirations may not suit yours. 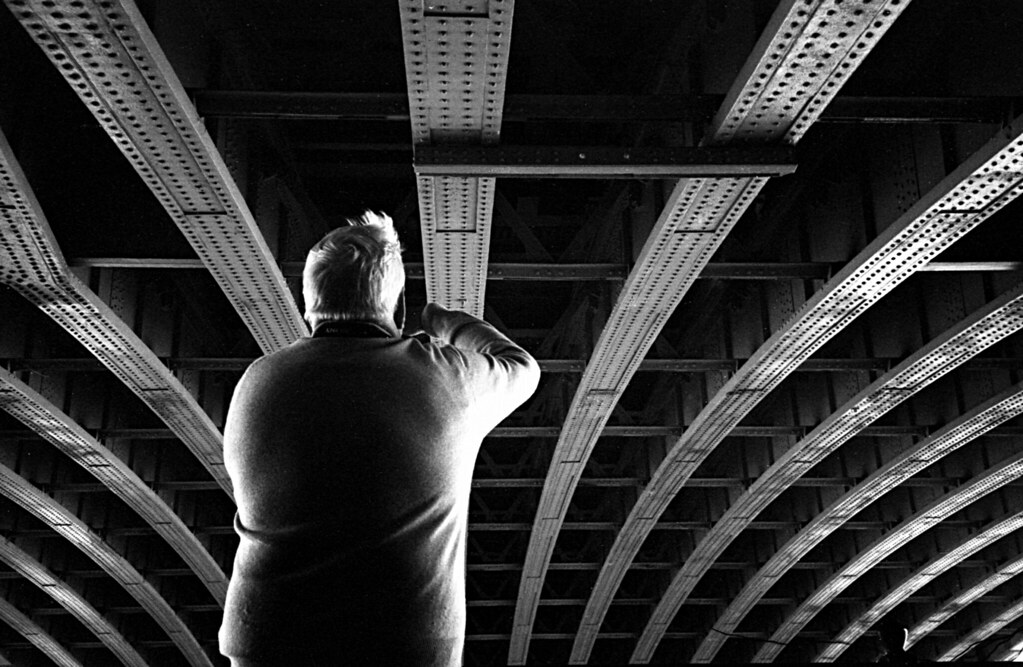 Under the Bridge. A tourist captures the lines on his digital camera, as I capture him on the 50p camera! The 50p Camera Project. Olympus XA2 compact camera. First Call / Agfa Gevaert 400S 35mm film. Developed in Ilford ID11.

Someone recently asked the question on a Q&A group: “Why do people work so hard to take photos then publish them for all to see on Flickr?”.  My initial response was that I enjoy sharing, and does he prefer to keep his photos locked up in a safe, away from prying eyes?  Still, it made me think.  As a self-confessed Flickrite, with over 5,300 photos uploaded for public view, why do we do it?

Sure, I enjoy sharing, and my ego gets a thrill when I view my stats, see positive comments, and count my faves.  Is that sad?  Why do we like to exhibit at all?  Even before the masses got their chance with online websites – there was the photography club exhibition, and the gallery exhibition.  But it wasn’t just the enthusiast that liked to show off.  Visits to a household often secreted the family photograph albums, or just boxes of old photos.  You may have even been bored by someones recent holiday photos, and desperate to politely make haste.

Ok, here goes.  My idea.  Sexual selection.  I’m sure that some real anthropologist has suggested this before.  I think that we have an innate desire to show off, and that this may well have been triggered by our ancient hominid ancestors, desperate to impress an attractive member of the opposite sex, by inviting him/her back to view their etchings.  Or maybe it was simply social – impressing other members of a group, in order to elevate status.  I prefer the sexual selection idea though.

Thank you for your Faves.

I don’t just take photographs and share them digitally online.  I love looking at other people’s photographs online.  I’m a huge voyeur on Flickr.  I browse through Contacts uploads, and through the streams of the so-called Flickr communities, on an average of more than daily.  Over the past year, I’ve also finally got the Flickr thing that I long missed.  You should add absolutely loads of contacts.  That way your stream is enriched.

I’ve said this before.  I have no formal training in photography nor art.  I come from a rural working class background of  “I don’t anything about art, but I know what I like”.  With online social photo-sharing sites like Flickr, the art just flashes across in front of you, as people all over the World upload their work.  You like what you like – it’s not going to be the same for you as for me.  It’s like people’s art – we all share, whether in the UK, China, India, USA, Japan, or Russia.  Each contact sees the World in their way, captures it through a lens and shares.  I can see regional trends.  Beautiful medium format portraits from Russia and Eastern Europe.  Photographs from young people in China, of colours, girls, smiles, and huge cameras.  Dusty, gritty film photographs of the tacky side of Mid West Life in the USA.  People of every shape and size at festivals in India.  Fine art and conceptual photography from Europe.

Each is a window into another person’s experience of Life on this World.  I love that.  I want my photography to grow in that direction.  I want people to see what I see, in my corner of the planet – tackiness and all.

Photography has recently passed through it’s most significant revolution in 160 years.  It happened only 10 – 15 years ago, yet we forget so quickly.  We stopped capturing images chemically, and started to instead, save binary image files via a digital sensor.  It happened so recently, and yet in the collective consciousness of the public, it’s as though film never happened, or at least, passed away way back during the Bronze Age.  A new generation stares in wonder at an accidental find of a 135 film cassette, as though it’s an ancient artifact of a primitive culture, that cannot be understood by the modern mind.  It’s hard to believe that film was still popular and familiar to the snap shooting masses only ten years ago!  How did we forget so much so quick?  It’s almost as though an Orwellian Ministry of Truth has re-written the history – “we’ve always used digital”.

I’ve read stories of professionals that have cut their teeth on a digital sensor.  How could that be in such a short time?  I’m exercising a little irony here.  I was a film snap shooter for 35 years, went digital in 2002, and THEN became more enthusiastic about photography.  My first SLR camera had a D in front of it.  However, when I tried loading a 35mm film into a camera less than two years ago – I couldn’t remember how to load it correctly!  I had to find out how to rewind 135.  How could I forget so quickly?  It’s like the technical equivalent of a social meme (a meme in turn, being the human cultural equivalent of a biological gene).

It’s so recent, that an online historian could study it.  You can find it on website archives.  Around the millennium, a great holy war broke out, as digital sensors showed signs of becoming good enough to be a viable alternative to the medium of film.  Hence forth, arguments raged across the Internet between those that had so deeply invested in their dark/wet rooms, and those that looked forward to the future.  Film photography V Digital photography.  The battles raged for several years – the arguments to and fro on old websites and forums.  Both sides resorting to exaggerations, and insults.

Of course the Future won.  The Analog die-hards retreated into the darkness (or darkrooms).

And then… just a few years ago, starting around 2010, a new subject starts to float around the “digital photography” forums and blogs.  It was “isn’t film cool!”.  I don’t think that the Indian summer will last for long – coolness changes.  However, I believe that some film, at least 135 if not 120, will be around longer than was predicted.  Enjoy it while you still can.

This image is just so boring, and not even a particularly good photo.  However, since I posted it on Flickr last year, it has had 2,605 views!  It was taken at the 2011 Truckfest meet in Peterborough.  I took some much more interesting and better quality photos that day, all were well viewed, but this one hits the bell so far … and it’s so crap.

I’ve said this before.  Listen to other photographers, friends, and family – and to yourself!  Do not judge your images on internet hits.