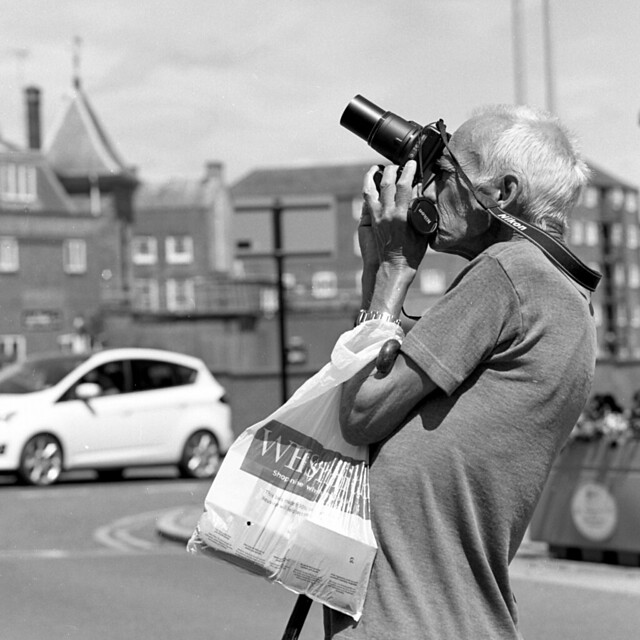 I may have been a photography enthusiast for around ten years, but I have been a snap shooter for more than forty years.  I keep thinking about the snapshot recently.  Les brought it to my mind, with his comments, but it’s been floating around longer.  What is a snapshot.  Should we embrace it?  Kodak promoted it for decades, the brain child of George Eastman.  A Kodak Moment.

Many serious photographers would perhaps regard someone calling one of their images a snapshot, as a slight insult.  Snap-shot suggests a point & shoot capture.  Something quickly captured with no regard to setting up a scene, lighting, or using professional photographic technology.

Yet, let’s think about this.  Some forms of “serious” photography are often snapshot.  I am of course referring to Candid and Street Photography.  Were HCB’s wonderful photographs, not sometimes, very well spotted and composed … snap shots?  Is it the subject or the intention behind an image then, that can either make it a snap shot or a “serious” image?  Is the above a snapshot?  It was a candid, a quick opportunity.  Sure I was using a very manual, medium format film SLR camera – but not so technically cumbersome that I couldn’t grab that photo before the guy saw me.  I snapped a shot of him quickly.  Maybe it’s more about intent?  I didn’t know this guy. He never even saw me creeping up to him with my Bronica.

I grew up way back in the Age of Film.  As a child, I loved dipping into the shoe boxes of old family photos.  I started contributing to them at the age of eleven, via my Kodak Instamatic camera.  Snapshots.  I kept it up for years and years with p&s classes of cameras – into the Age of Digital.  I collated a serious of photograph albums, that I regarded as my life-diary, from childhood, to fatherhood.  The Internet and social media interrupted that.  I became more serious about photography. 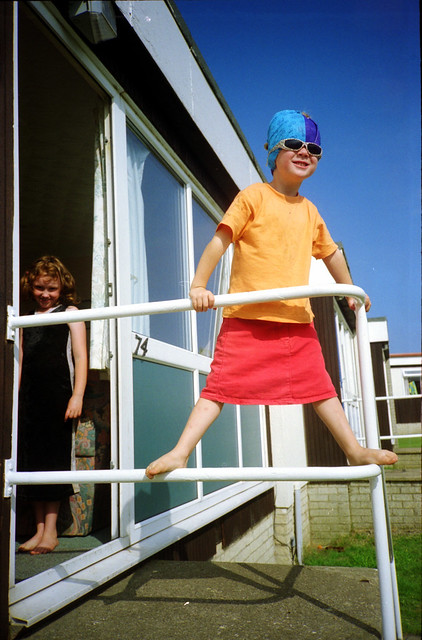 I’ve been thinking about this more, while using my 35mm film compact cameras, including an autofocus from the 80s.

I’m aware that much of my photography though, is still snapshot.  Should I cull it?  Should I instead only e-publish or print only my very best, carefully composed masterpieces (as if I had any!)?  At the moment I think not.  I’m starting to appreciate the snapshot.  Even the domestic family snapshot.  I remember that old shoebox.  I keep an eye out for old photos and slides at car boot sales.  I notice many young people on Flickr and Tumblr, using film, to make their own snapshots, sometimes in an almost creative or unique way, different from those that we made in Our Day.  Film snapshot photography in the Digital Age.

2 thoughts on “On taking snapshots”